Canadian deathcore pioneers DESPISED ICON are back to reveal their 6th full length album:>>Purgatory.<< Not a theological band by any means,>>Purgator<< is meant to represent the mortal experience of being trapped in a suffering state and left to brood; stuck in notions of great loss and permanent scars that will ultimately define you. It is from these incidents that humans grow. “It’s about taking the right, and necessary steps to better yourself and fix the things that are going wrong,” explains vocalist Alex Erian. “Transitioning from a state of constant negativity into something more constructive or healthy. It’s not about achieving perfection, but finding a middle ground between those good and bad impulses.” Not only do the themes of >>Purgatory<< reflect the personal and internal struggles of the band, but the struggles of modern day society as a whole, and the current lack of compassion amongst mankind. “Even if the odds seem against us now more than ever, I’m still on the side of hope,” Erian reflects.

Perhaps their most dynamic venture to date, DESPISED ICON have a fresh and energy filled arrangement just waiting to see the light of day in the form of >>Purgatory.<< For many years, they have laid the foundation of deathcore and spearheaded different sounds and movements within the genre. Their latest offering will not leave those so impressed by their recent return in any way disappointed.

Formed in 1996, Polish Technical Death Metal masters Decapitated have built a reputation over the years as one of the international leaders of their genre. Over the course of their 25 year career the group has done international tours with the likes of Lamb Of God, Meshuggah, and Soulfly. Longtime fans and newcomers alike will connect to the variety of atmospheric depth, boundless energy and creative tracks on their upcoming album “Cancer Culture”.

Their last album “Anticult” (2017) showed the band’s creativity and ability to evolve their sound over time by cross-breeding various styles and sounds, setting the bar higher than ever before. The album flirts with various tempos, mixing Death Metal with Grindcore, Black Metal atmosphere with more groove laden beats and Stoner-Rock vibes. Upon the release of “Anticult”, Metal Hammer declared Decapitated “a serious successor to the likes of Pantera and Lamb Of God – a band who can draw new legions into the metal world as its new champions.” Their eighth studio album “Cancer Culture”, will deliver on that promise. 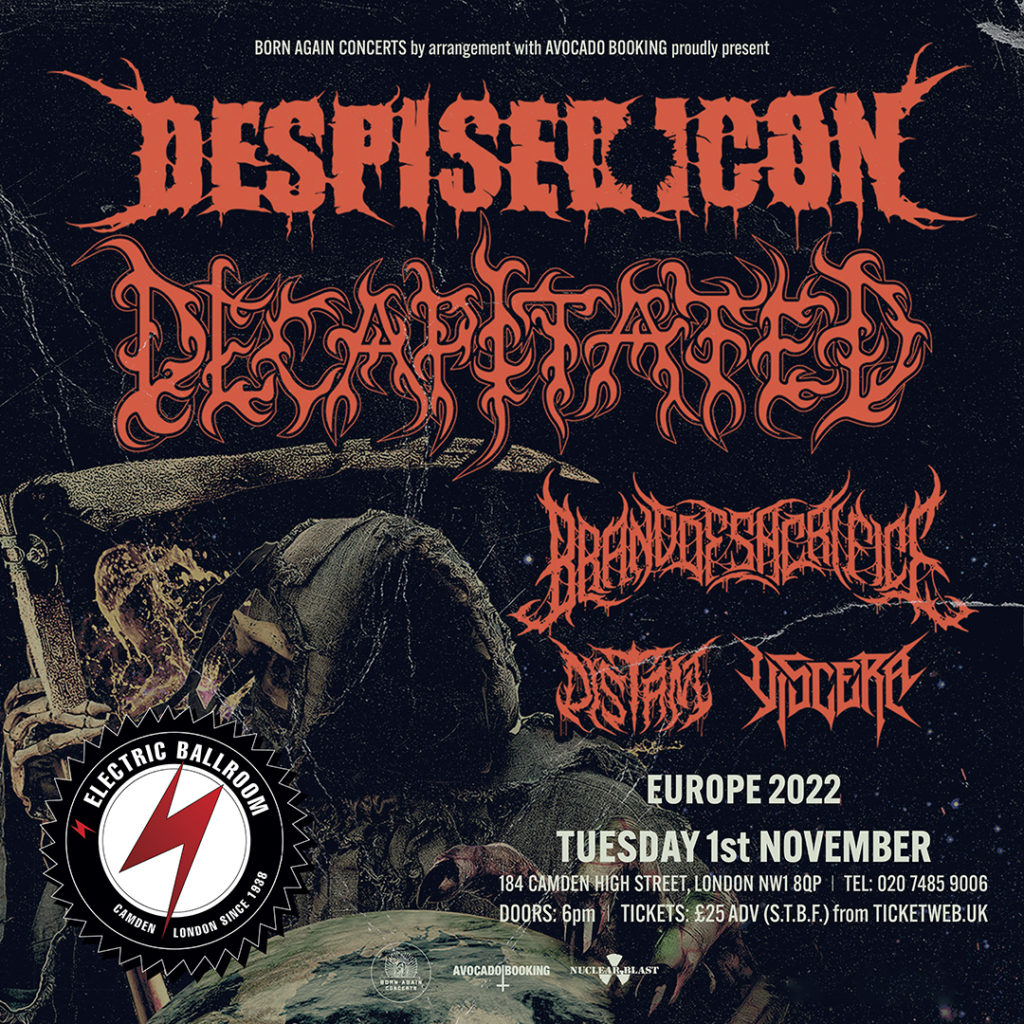