In 2020, statues across the world were pulled down in an extraordinary wave of global iconoclasm. From the United States and the United Kingdom to Canada, South Africa, the Caribbean, India, Bangladesh, and New Zealand, Black Lives Matter protests defaced and hauled down statues of slaveholders, Confederates, and imperialists. Edward Colston was hurled into the harbour in Bristol, England. Robert E. Lee was covered in graffiti in Richmond, Virginia. Christopher Columbus was toppled in Minnesota, beheaded in Massachusetts, and thrown into a lake in Virginia. King Leopold II of the Belgians was set on fire in Antwerp and doused in red paint in Ghent. Winston Churchill was daubed with the word ‘racist’ in London.

Statues are one of the most visible – and controversial – forms of historical storytelling. The stories we tell about history are vital to how we, as societies, understand our past and create our future. So whose stories do we tell? Who or what defines us? What if we don’t all agree? How is history made, and why?

Alex von Tunzelmann looks at some of the twelve statues in modern history in her book Fallen Idols. She looks at why they were put up; the stories they were supposed to tell; why those stories were challenged; and how they came down. History is not erased when statues are pulled down. If anything, it is made. 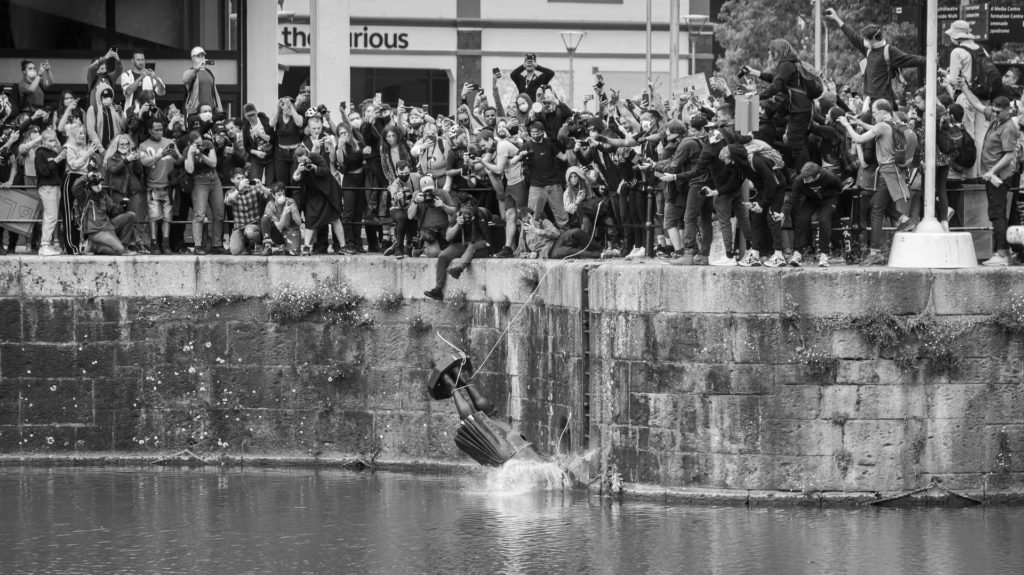