GRAND SLAM at The Underworld – London

Back in the post Thin Lizzy days, Laurence Archer wrote and performed with Phil Lynott. Sadly, Grand Slam was cut short in its prime, with Phil Lynott’s untimely death leaving a hole in the fabric of rock music to this day.

Laurence went on to make his name playing with UFO but always nurtured a long-term plan to rebuild the Grand Slam machine. And here it is — primed and ready.

The new band (Laurence alongside Mike Dyer, Benjy Reid and Rocky Newton) honours the traditions of the band’s history whilst also looking to the future — classic tracks co-written by Lynott and Archer sit alongside a set of brand new songs that embody the same ethos of freedom, positivity and adrenalin that ran through Grand Slam in 1984.

Already a live monster with a stand out performance at Ramblin’ Man Fair, the band signed to Marshall Records and released the studio album ‘Hit The Ground’ in November 2019 alongside a UK tour.

Marshall Records is known for artist development having opened its doors with signings like REWS and Press to Meco among others. But it also totally respects the legacy of many artists who have consistently been loyal to the Marshall brand while continuing to innovate and create quality music: musicians like Andy Cairns and Therapy? for example. Marshall Records are thrilled to welcome Grand Slam to their ever growing roster.

Label Head Steve Tannett says, “As soon as I heard the first three tracks I was completely blown away by the quality of the songwriting and the passion and the commitment of the delivery from vocalist Mike Dyer. Coupled with the explosive guitar playing from founder Laurence Archer, I knew this was the right project for the label. To be able to release some of the songs that were written with the total legend that was Phil Lynott, we at Marshall are proud to welcome Grand Slam to their new home.” 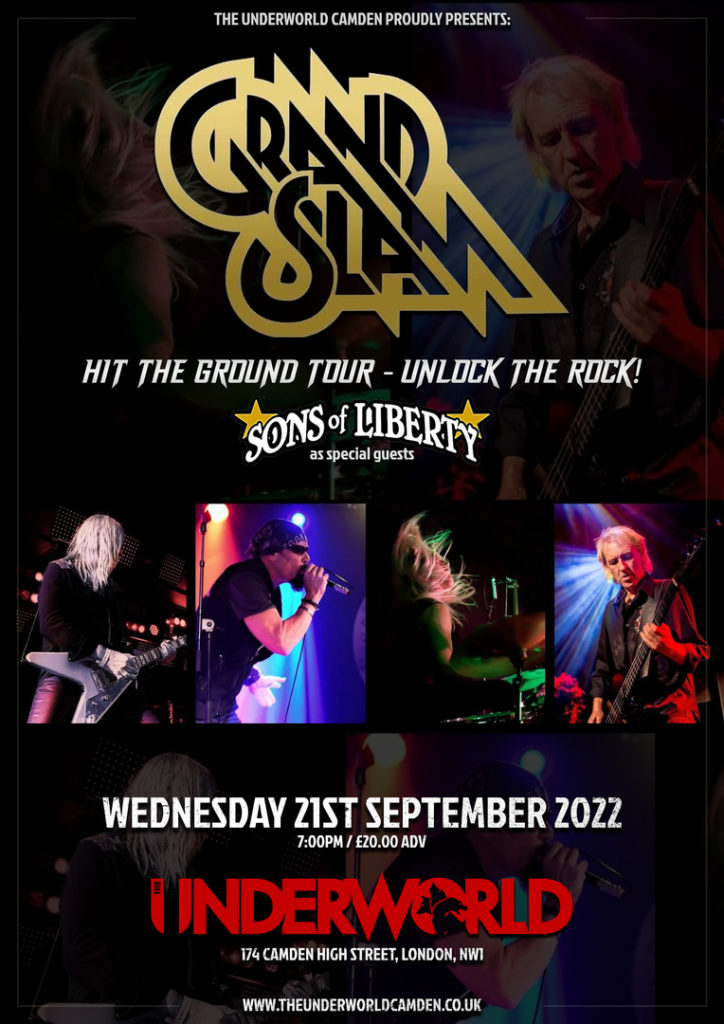