HEADSWIM at The Underworld – London

HEADSWIM – First performance in over two decades! Performing their seminal album FLOOD in its entirety

After Party At The Underworld’s Blackout Club from 11pm to 3am. Tickets on sale soon: theunderworldcamden.co.uk

Trapped Animal records is proud to announce the return of 90’s legends Headswim, with a reissue of their seminal psych-grunge masterpiece, Flood, on October 7th. Released on double vinyl and double CD, this deluxe re-issue will feature previously un-released BBC sessions, studio B sides and experiments by the band and their mad scientist friends on disc two!

To celebrate the release, Headswim’s original line will be performing Flood in its entirety at The Camden Underworld on Friday October 7th! This will be the Headswim’s first performance in over two decades!

“If you’d told me 28 years ago that in 2022 Headswim would be performing the entirety of their debut LP at The Camden Underworld, I’d have eaten my hat. Pass the salt.” exclaimed Clovis Taylor.

To pre-order Flood on double vinyl, double CD and download go to headswim.co.uk

We will be raising money for C.A.L.M – The Campaign Against Living Misery and donating 5% from the sales on headswim.co.uk to the charity. https://www.thecalmzone.net/

As a reminder of Headswim’s prowess feast your eyes on the original video for Dead from Flood shot at the Camden Underworld https://www.youtube.com/watch?v=KYi9XSTKvyo 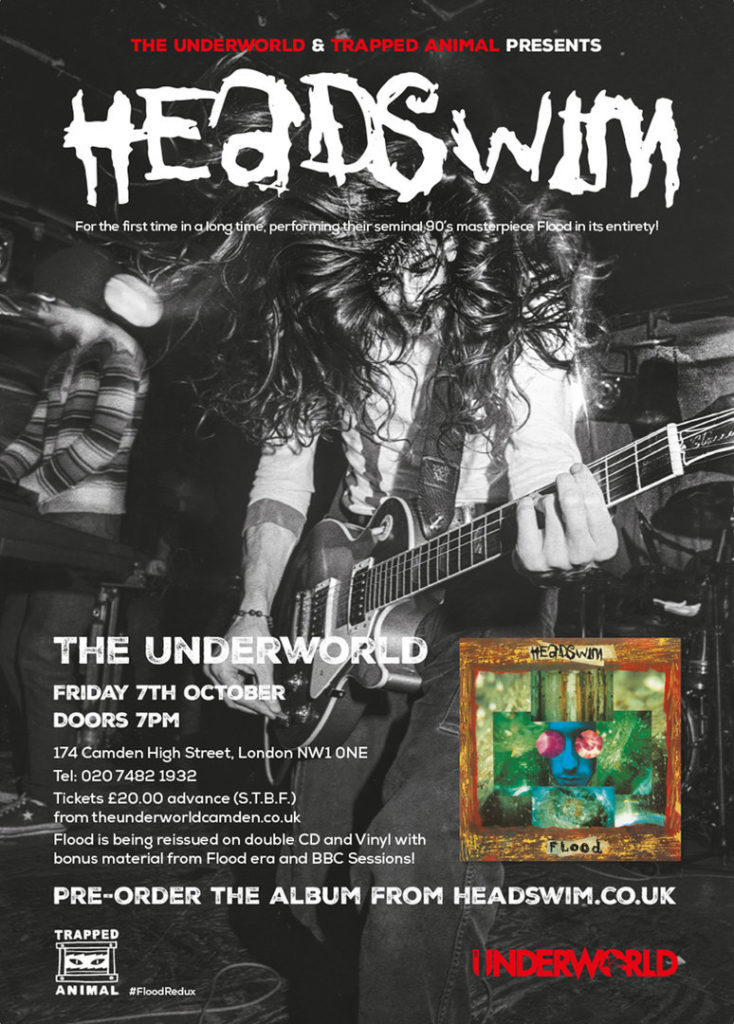