It's Jamaican Independence Day Weekend and we intend to celebrate the impact, influence and longevity of the sounds of Jamaica with the legendary Femi Fem deep in session, Free Entry. Get down X

JAMAICAN INDEPENDENCE WEEKEND SPECIAL!! Sun Aug 07 (2pm-9pm / Free Entry) – It’s Jamaican Independence Day Weekend and we intend to celebrate the impact, influence and longevity of the sounds of Jamaica. From Jazz to Soul, Dub to Broken beat and beyond explored by The legendary FEMI FEM, Free Entry up on the roof at The CLF Art Lounge and Roof Garden.

Femi Williams (aka Femi Fem) kicked off his career running the Family Funktion/ Shake and Fingerpop warehouse parties in the 1980’s with Norman Jay and Judge Jules. This collective of DJs, artists musicians and filmmakers initiated the rare groove and acid jazz genre with Soul2Soul and Jamiroquai both hailing from the same club scene.

In 1990, he set up the groundbreaking Young Disciples with Marco Nelson featuring Carleen Anderson. This is the band which set the tone for the acid jazz movement in London, incorporating funk, soul, hip-hop and breakbeats into their soundscape and placing integrity at the heart of their sound. After chart success including the single Apparently Nothin’ which came from their Mercury Award-nominated Road To Freedom album on Talkin’ Loud Records.

Responding to the demand Femi began writing, producing and remixing for a wide range of artists such as Ultra Nate Justin Timberlake, Mary J. Blige, Des’ree, D’Influence, The Pasadena and Beyonce. Alongside this work, his public profile as a headline DJ and promoter made his face well known at Cream in Liverpool, Ministry of Sound in London and at London’s Jazz Cafe playing at events for Prince, Janet Jackson, Stella McCartney, Jade Jagger, Gucci and the Russian Embassy to name but a few. Femi has also produced catwalk show music for fashion designers such as Ozwald Boateng, Katherine Hamnett, Julien MacDonald and Bella Freud.

The best known of Femi’s DJ appearances, however, was the regular Friday night slots at his own club nights, MOBO Award-winning, Rotation at London’s Subterranea and Saturday nights at Camouflage, his longstanding 4-floor club in Islington, London. When in town, artists such Goldie, Tricky, Spike Lee, Laurence Fishburne, Wesley Snipes, Jay Z and Bjork would slip in unannounced to hear the sets and be part of a crowd whose distinction was their diversity and conviviality.

Femi’s DJin’ has also seen him open up to audiences around the world through tours and appearances playing in Australia, Japan, Germany, Switzerland, Dubai, Hong Kong (where he supported the late Gil Scott Heron), Austria, France, Spain, Ibiza, Ireland, the Czech Republic, New York, and Detroit.

Know this, the Brother can play!!!!

Next Sunday: Sun Aug 14 – All About Da Boogie with Perry Louis x Aitch B (deep in the lounge), Free Entry.

See you up on the roof and deep inside
X 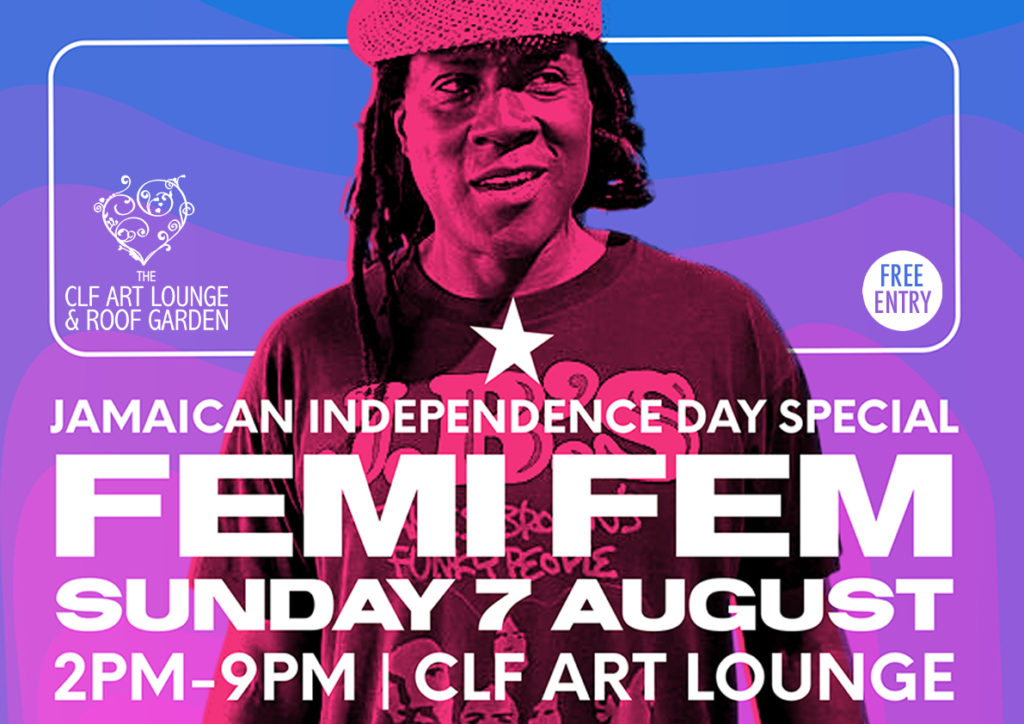 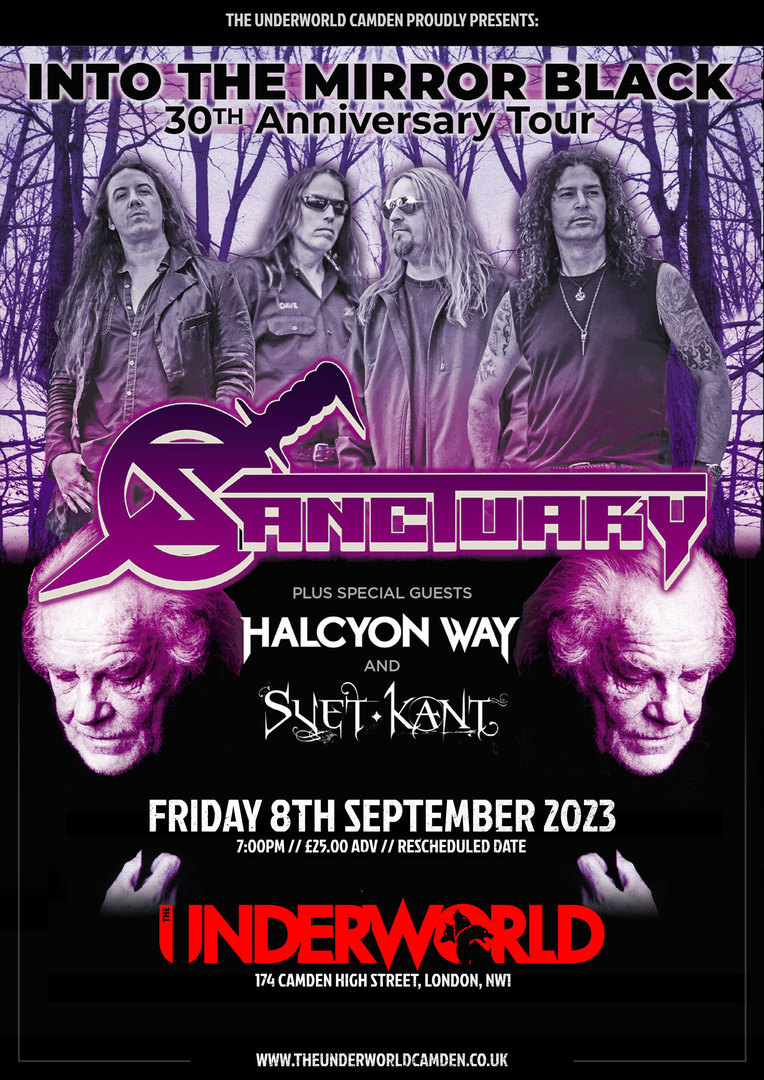 SANCTUARY – ‘Into The Mirror Black’ 30th at The Underworld – London 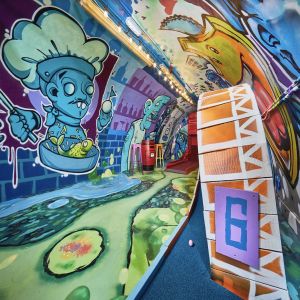 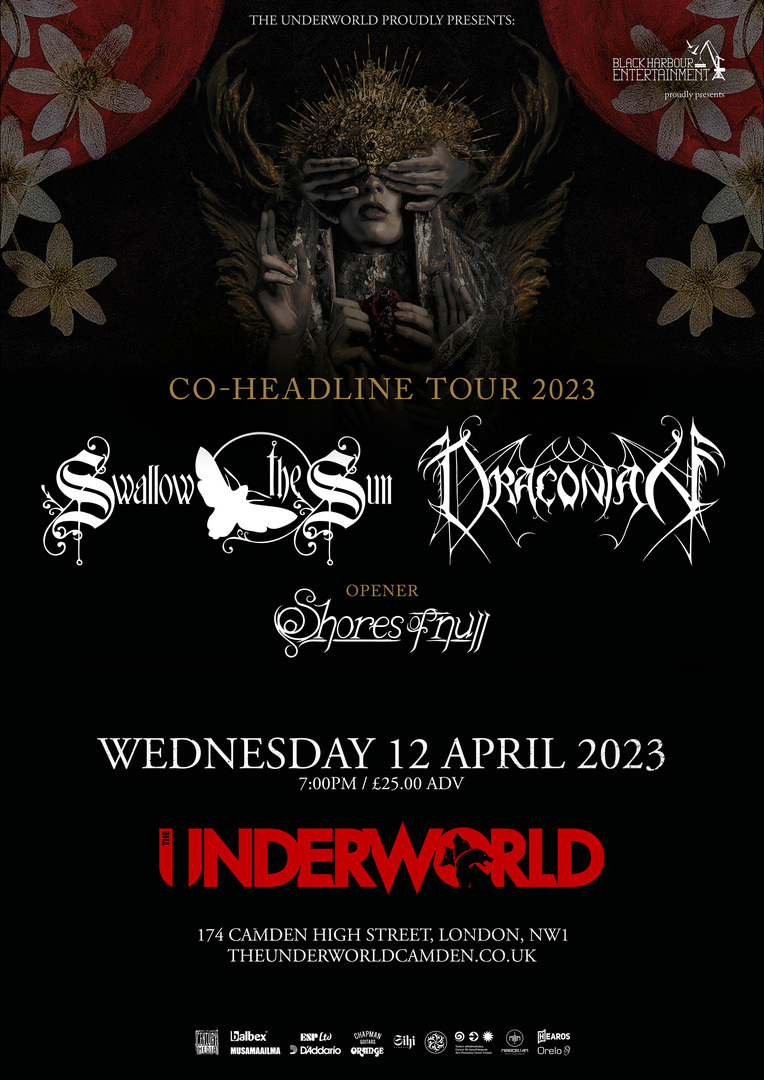 SWALLOW THE SUN // DRACONIAN at The Underworld – London 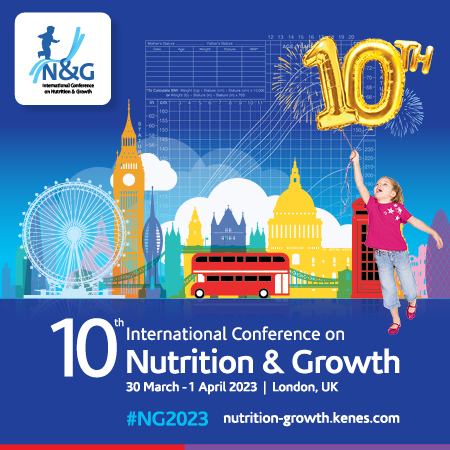