After Party At The Underworld’s Camden Rocks Club from 11pm to 3am. Tickets: www.theunderworldcamden.co.uk

Covid Policy Masks, Tests and Vaccines are NOT required: https://bit.ly/UWc19

Louisiana Hall of Famers Lillian Axe have announced details of an intimate UK tour, their first in 29 years, around their much anticipated appearance at Hard Rock Hell Sleaze to take place across the UK this August.

They’ll be performing their greatest hits including ‘The Day I Met You’, ‘Show A Little Love’, ‘She Likes it On Top’, ‘All is Fair in Love and War’, ‘Misery Loves Company’, ‘True Believer’ and more from their extensive catalogue including material from their upcoming album, released on Global Rock Records in the summer

Opening the show and making her debut UK shows is Kim Melville. Kim is a Singer, Guitarist, Composer and Songwriter from Paris. Spending her time between London and Paris for her career. With multiple influences, from Rival Sons, KISS, Jack white to Jonny Lang. Her first EP was released on November 6th 2021 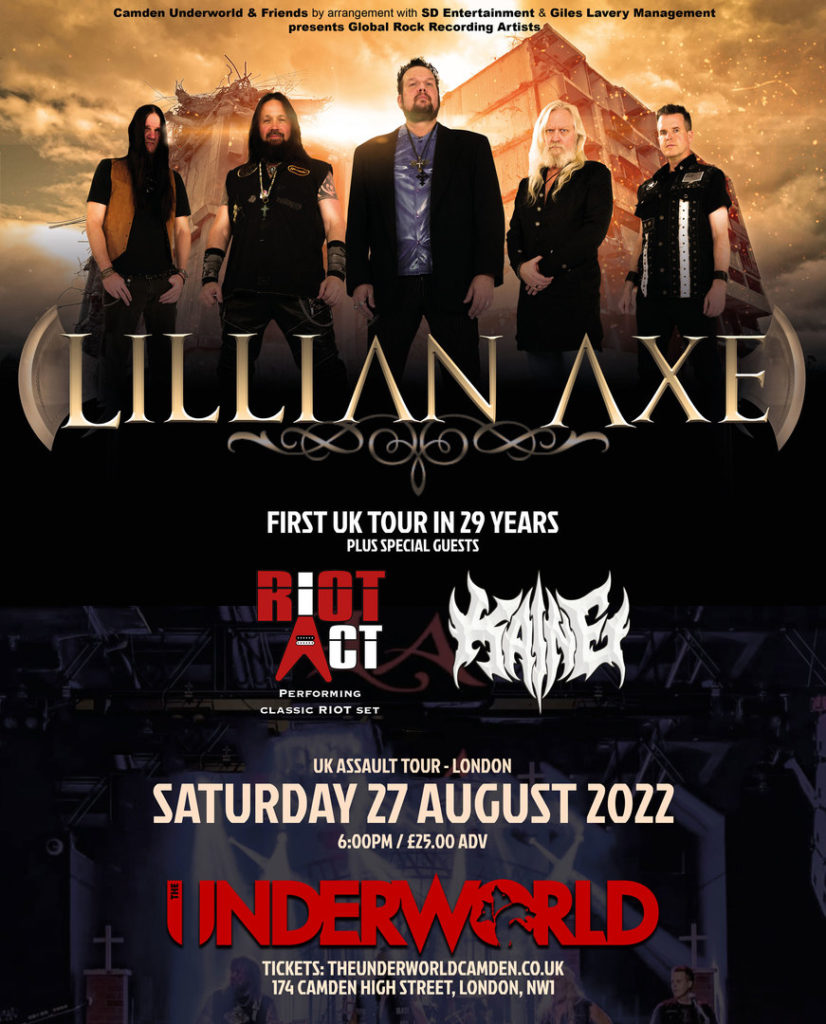