THE COLD STARES at The Black Heart – London // New Date

THE COLD STARES plus THE HAZY JANES and MICHAEL ALAN

* This event was re-scheduled from 2021. Original tickets remain valid *

Huffington Post writer Radley Balko wrote in describing the first time he witnessed the group at 3rd and Lindsley in Nashville- “This will go on for an hour. Between songs, people will whisper. They’re asking one another if anyone knows who the hell this is. And it’s here that you and everyone in the room will have the same realization just about everyone else has the first time they see they hear the Cold Stares live: these guys are better than the band you came to see.” And fans have seen The Cold Stares from venues like Mercury Lounge in New York City to the Viper Room in Hollywood’s Sunset Strip, festival’s like The Ride, Copperhead, Handy Bluesfest, with acts like Rival Sons, Reignwolf , Spoon, Thievery Corp. among many more. The Cold Stares releases include songs featured on TNT’s Animal Kingdom, Monster Energy commercials, ESPN, X-Games, Dodge, Motor Trend, the NFL and more. In 2020 The Cold Stares signed with Mascot records and released their 5th studio album “Heavy Shoes” which included three Classic Rock Magazine “Song of the Week” tracks, and had streams in excess of one million the first week. The Cold Stares have experienced continued success in Europe and abroad after multiple international tours in 2019-2021. “Mojo Hand” from the Cyberpunk 2077 video game is set for release April 2022 followed by a new full release in August on Mascot Records. The band will be touring the UK in June 2022. 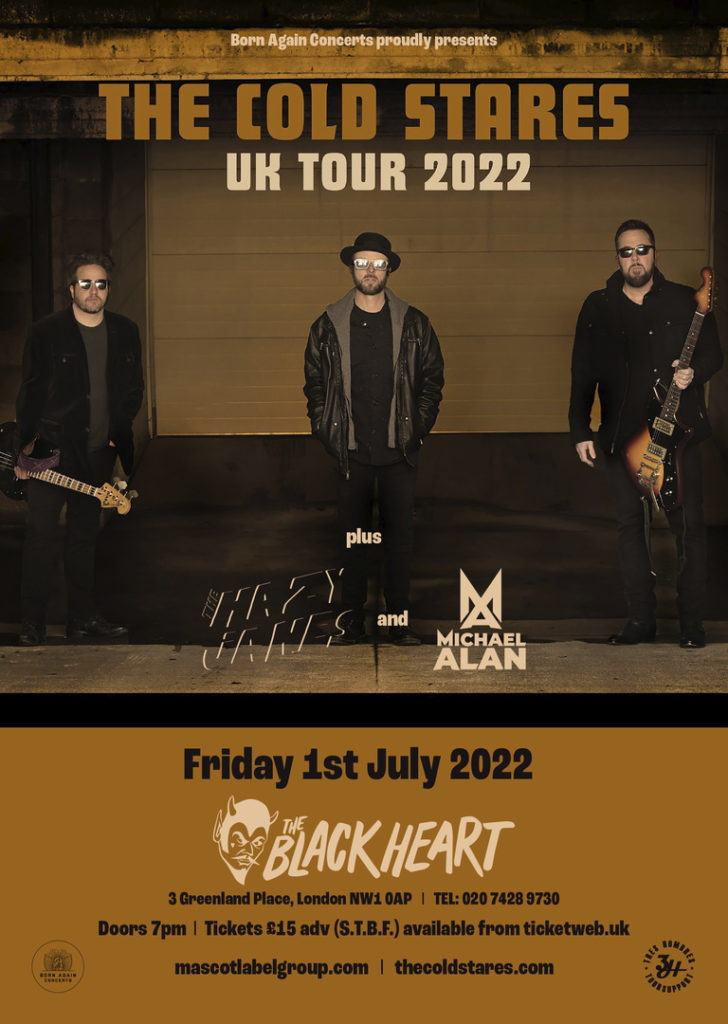