Home > London > VISIONS OF ATLANTIS // XANDRIA at The Underworld – London

VISIONS OF ATLANTIS // XANDRIA at The Underworld – London

When a band is founded during the millenium, all signs of a musical destiny allign naturally and form a big constellation. All this was obvious to the members of VISIONS OF ATLANTIS when they entered the exceptionally imaginative musical path as a symphonic metal group.
After their Morning In Atlantis Demo Tape in 2000, the band released their debut album Eternal Endless Infinity two years later. With the following album Cast Away in 2004, the band convinced with their self assured style and confirmed their artistic identity.
After the exit of singer Nicole Bogner in 2005, it was a duty to find a comparable replacement. With the american soprano Melissa Ferlaak, the band has found extacly what they were looking for. In 2007, fans and the media were affirmed that she was the perfect fit, when the band released their 3rd studio album Trinity which was harder but also more sumptuous.
In 2011, with the release of Delta, VISIONS OF ATLANTIS suprised again with the greek vocalist Maxi Nil and an additional release of the 5 track EP Maria Magdalena. In March 2013, their 5th studio album hit the market and VISIONS OF ATLANTIS celebrated another great moment within their symphonic metal career.
The 2016 EP Old Routes – New Waters embodied the typical female-male combination of vocal geniosity, especially thanks to the entrance in the band of the charming French singer Clementine Delauney, together with her male counterpart Siegfried Samer. In February 2018, the band returned to their creative roots to produce their worldwide loved 6th studio album The Deep and The Dark.
In 2018, a new lead vocalist joined the band, Michele Guaitoli. His amazing and diverse voice can be admired on the 2019 Live Album The Deep and The Dark Live @ Symphonic Metal Nights.
It might seem like it but it wasnt always easy for VISIONS OF ATLANTIS. But everything that happened on their way, was definitly needed to take them to the place as artist where they had to be to create an amazing album like Wanderers. It combines quality features and the musical maturity of the band more then ever before.
Countless goosebumps moments, not just muscially but also vocally, have to be expected by listening to this album which will take you on a journey to the core of humanity with all its perks and challenges. 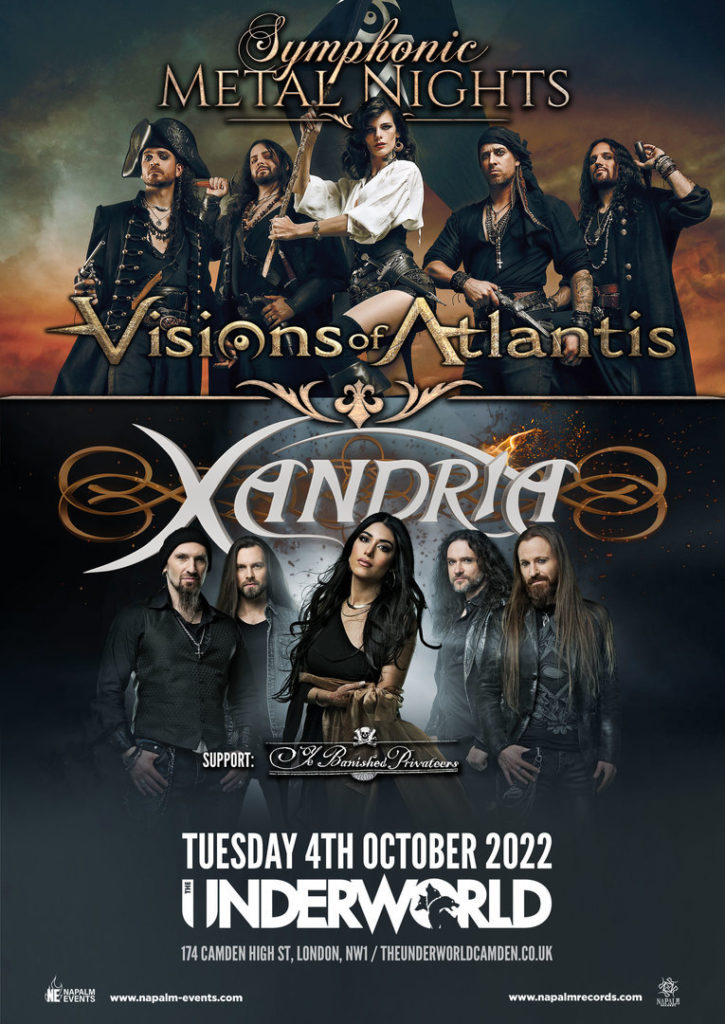